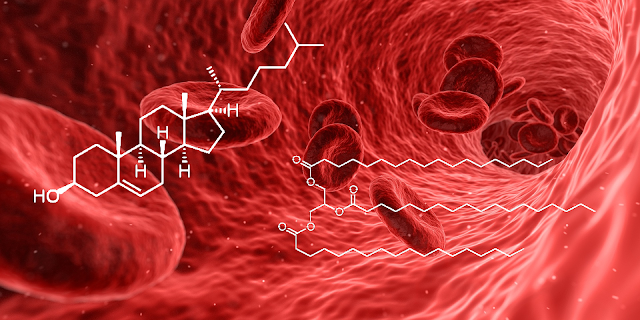 Introduction
Cholesterol and triglycerides analysis in human blood is among the most widely used chemical medical diagnostics tests. Some estimate the number of such analysis at 1 Billion/year with cost of about $30 for each analysis (three analyses of cholesterol LDL, HDL and triglycerides at $10 each). Thus, the total lipids in blood analysis market is about $30 Billion/year. However, current analysis brings limited information and mass spectrometry can provide far better and more detailed lipids in blood information if an appropriate instrument for such analysis will be available. We used our GC-MS with Cold EI and demonstrated as below the analysis of large range of lipids in blood. Each analysis provided information on the amount of several free fatty acids, cholestadiene, cholesterol, vitamins E and 25 Hydroxy vitamin D3 and many diglycerides, cholesteryl esters and triglycerides. Notably, we can clearly distinguish differences among samples from different people. Each analysis took only 10 min via the use of column flow programing. Our results yielded extensive lipidomics information that may include new diagnostic tools. We feel that this new and advantageous assay for lipids profiling in blood is worthy of further investigation and evaluation.

GC-MS with Cold EI System: An Aviv Analytical 5975-SMB GC-MS with Cold EI system was employed, based on the combination of an Agilent 7890A-5975 GC-MSD with the Aviv Analytical supersonic molecular beam interface and its fly-through ion source. The system used has a six years old fly-through ion source that was never serviced and which still uses its original filament and ion cages.
Samples: Greater than 20 serum samples were provided by Ichilov Tel Aviv hospital, among which 4 were analyzed so far for this application note.
Sample preparation: We followed the Folch method. Methanol (1.5 ml) was added to 200μl of serum and vortexed. Then, 3ml of CHCl3 were added and put in a shaker for 1 h. Then 1.25ml of water were added for phase separation. The lower phase was separated and the upper was washed with 2ml of CHCl3/methanol/water mixture, (86:14:1, v/v/v). After combining the organic phases the sample was centrifuged and the clear part was separated and dried. The residue was dissolved in 200µl of CHCl3. The full sample preparation took about 3 hours and in a batch many samples could be processed together at the same time. A batch of 20 samples could be prepared in about 3 hr, but this procedure could be further streamlined.
Injection: 1 µL splitless at 320ºC with split valve opened at 0.5 min.
Column: Agilent DB1HT of 15 m, 0.32 mm ID, 0.1 µm film.
He column flow rate: 8 ml/min for 5 min and then flow program up at 8 ml/min.min to 30 ml/min column flow rate and hold at 30 ml/min for 2.25 min. Only Cold EI allows such high flow rates in GC-MS without loss of performance to elute the triglycerides so quickly. The alternate use of a higher GC oven temperature of 380°C resulted in higher column bleed, thus max column temperature of 350°C with flow programming was preferred.
Oven: 60ºC initial temperature immediately ramped at 40ºC/min to 350ºC and held until 10 min (this is very fast in the GC analysis of such large molecules).
Cold EI Source: 7 mA emission, 70 eV electron energy and 60 mL/min combined He makeup gas plus column flow.
Transfer line temperatures: 280ºC for 4 min followed by temperature program at 20°C/min to 340°C and held for 3 min.
Mass spectral range and scan speed: m/z 50-1000 at about 3 Hz scan frequency.

Summary of the results

Cold EI demonstrated its usefulness in the following aspects:
In figure 1 below we demonstrate the summary of our findings while in figures 2-7 we further describe and demonstrate our generated data with focus on each lipid class.